"These Marc Defang classic bridal pearl pumps is perfect for your wedding day! This shoe represents elegance, grace, and poise. You’ll be sure to feel like a queen walking down the aisle in these peep toe heels covered in pearls. These shoes have the most beautiful detail, guaranteed to add the perfect touch to your wedding dress!"

Rebekah’s Accomplishments
Rebekah Knowles is a senior at Fox Creek High School. She is an honor student involved in numerous clubs and activities such as Interact Club, Senior Advisory, Student Council, Beta Club, National Honor Society, The Red Cross Youth Board, and Ren Crew. Her hobbies include traveling, pageants, volunteering in her community, modeling, attending college football games, and doing hair and makeup. She has traveled to 27 states and 5 different countries. She has an incredibly long bucket list that includes goals such as visiting all 50 states, sky diving, and going on a mission trip. Her future plans include attending cosmetology school and soon after opening her own salon/dress store and becoming a known retailer for prom and pageant dresses. 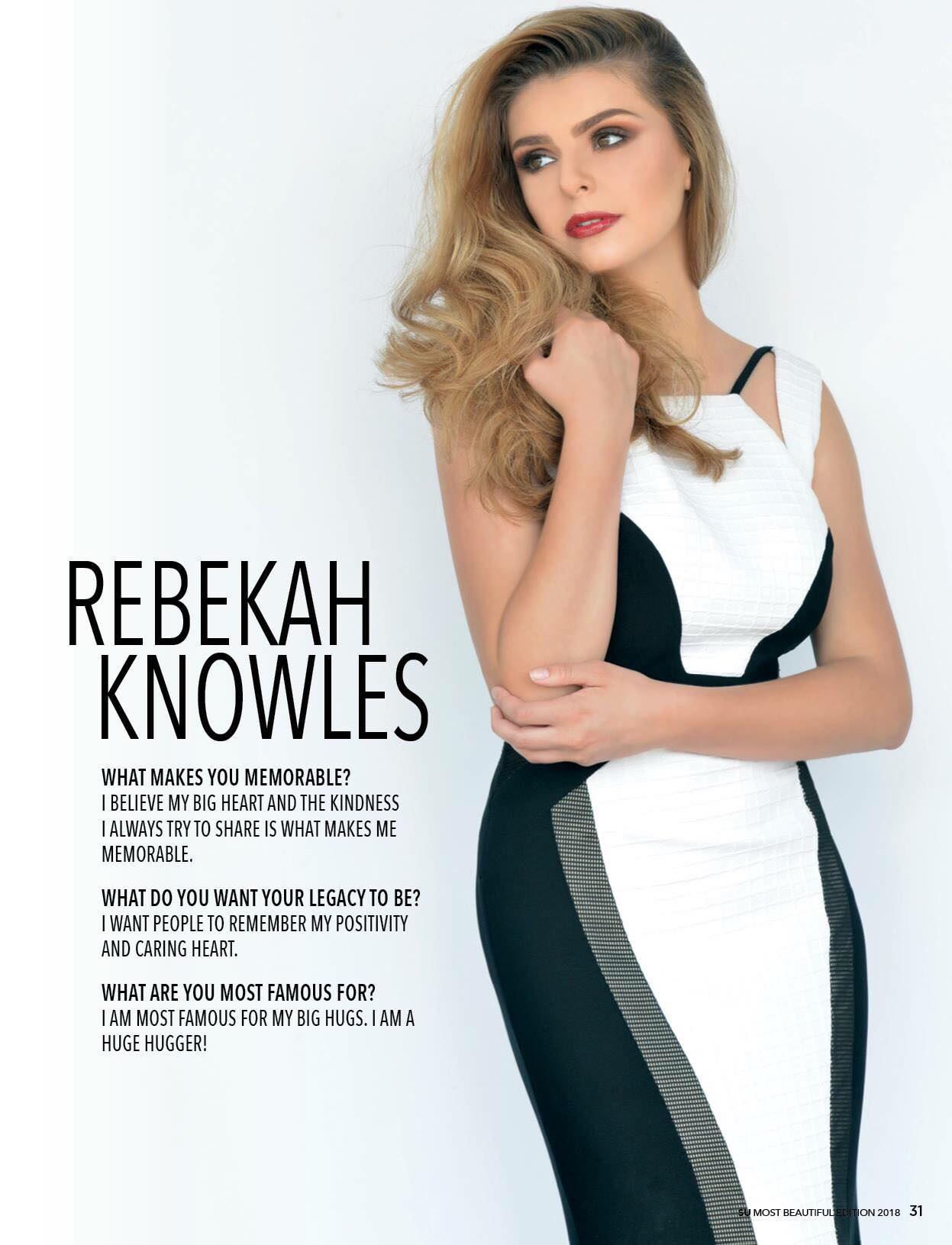