“Be the change you wish to see in the world” In these shoes I feel I can do just that. Reach my goals and my dreams all the while helping in my community! The floral pattern is so perfect to add a pop of color to any outfit. They are on point for the pageant girl wanting to show personality and style in one package. They give me confidence to show the judges who I really am! They flow nicely from appearance and casual wear to interview and fun fashion! Thank you Marc for making the shoe I have been dreaming of!

Some of Evey's achievements:

Evey is 10 yrs old and holds a yearly A average in school. She has won several academic awards including science fair and public speaking. At home she runs her own Nigerian Dwarf goat farm, spends time helping in the community and works toward her goal of being a biologist. She works hard to promote her platform #keepingnaturenatural based on keeping the environment clean!

Evey is fairly young in her pageant career having only competed for a couple years so far but has been blessed with many titles! 2 years ago she competed in her first pageant and won! From that point she competed in dozens of locals always placing in the top 5. Deciding to step up she competed in a prelim for the Miss United States system. She got the highest points of the day and became Little Miss Middle Tennessee United States. This qualified her for the state pageant where she walked away with the Little Miss Southeast Region United States title. During her reign she was named in the top 5 Preteen headshots on Pageant Planet for the beautiful pictures taken by Goodwin Photography. She also walked in the Magic Moments Bridal Show for the Country Bumpkin Boutique.

At the National Little Miss United States pageant she had a top 15 finish! Amazing for her first year competing!

Soon after nationals she competed in the USA National Miss Tennessee Pageant where she won casual wear and Miss Congeniality as well as placing 1st runner up!

Evey was honored to be chosen as an iris princess for a contestant competing at MAO Miss Tennessee in June 2019 and will be spending the week with her contestant doing dances every night of competition. Recently she competed at America’s Natural Supreme Beauties and is now your ANSB Miss Tennessee Junior Overall with the highest scores of the day. She also won the casual wear, interview, personality, and photogenic award. She is currently preparing for the America’s Natural Supreme Beauties national pageant in June 2019! 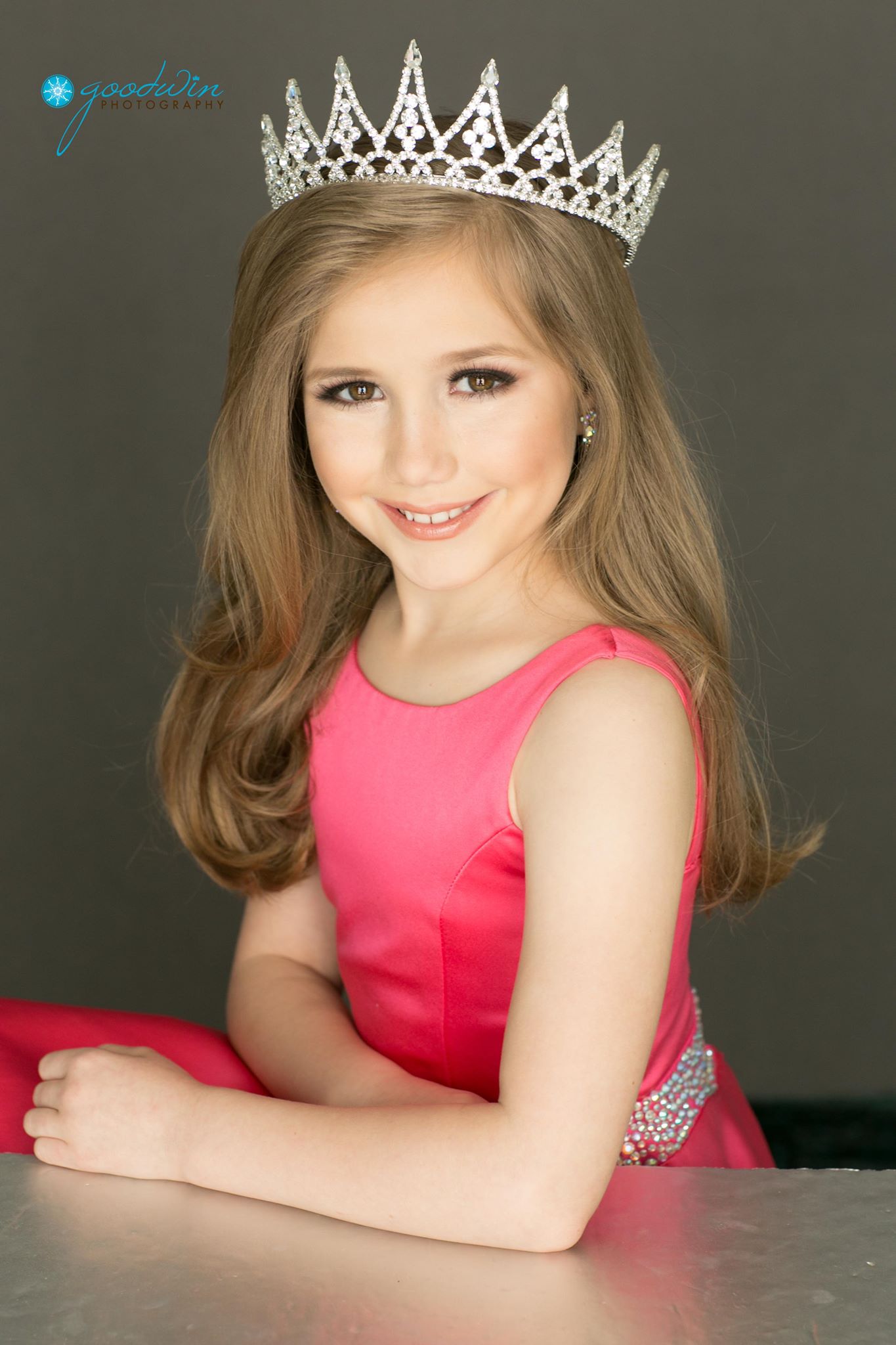